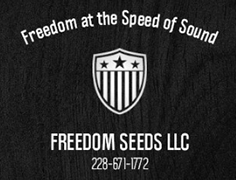 Cuddeback Dual Flash is compatible with Cuddebacks wireless mesh network called CuddeLink. With CuddeLink images from up to 16 cameras are transmitted to 1 camera. Instead of checking all your trail cameras, you only check one. (CuddeLink compatibility requires separate purchase of CuddeLink CL-CAP model 2092). Cuddebacks Dual Flash revolutionizes trail cameras. No other camera on the market can do what Dual Flash does. Trail camera users have learned that IR has better illumination range, but Black Flash is totally invisible. With built in IR and Black Flash, Dual Flash is ready for all users in all situations. Program Dual Flash to use IR or Black Flash or select IR for images and Black Flash for videos. Featuring a second trigger speed that captures the deer that so many other cameras would miss, super fast recovery speed that is ready for the next picture within 1 second of taking the first, and the result is Cuddeback can capture 2 photos before many cameras can capture the first. The pictures are 20MP images with daylight color and black/white night images. Other innovative features, such as Zone Control, separate day/night delays, fully programmable time lapse and Cuddeback Dual Flash the ultimate in versatility and performance. Powered by 4 D batteries.